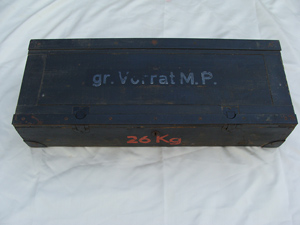 The (Truppen) Waffenmeister (Weapons- specialist) had an important role within the Wehrmacht. His duty was to make repairs on broken small arms (rifles, pistols, machine pistols, machine guns)  or follow general instructions from the “Oberkommando des Heeres” (High Command) or the “SS- Führungshauptamt” to replace or make certain standard adoptions of revisions and improvements on these weapons. For example the safety retracting handles on MP38/40’s or the shortening of the firing pin through wear.

In order for the Waffenmeister to store his spare parts and have them readily available, a special wooden carrying case was designed and issued. These cases were made of very sturdy wood reinforced with steel strips. In order to protect the case from accidentally being opened during transport, a lock was build in that could be locked with a key.

The case itself is painted dark green. On the top cover was painted in white letters: “gr. Vorrat M.P.”. On the front was painted in red letters: “26 Kg”. Also on both sides there was painted in white letters: “gr. V. M.P.”. As mentioned before, two heavy steel strips were screwed on the cover to help protect the case from getting broken by falling objects or when dropped. On the four corners of the bottom of the case there were steel protectors screwed in. Two foldable carrying handles were mounted on the sides of the box. The cover was connected to the case with three solid hinges. In order to lock the cover, two shackles are built into the wooden lid protected under the metal strips. In the centre of the front part of the box is a keyhole built in for the lock protected with a metal round plate. Here the key can be entered. 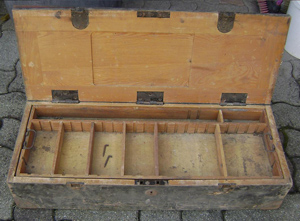 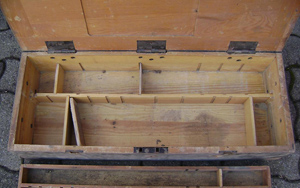 The interior of the box was divided in two sections. The lower section had one wooden divider that was pushed into the milled grooves of the interior of the box. This wooden divider had multiple grooves to hold smaller dividers. The Waffenmeister could adjust the separate spaces by replacing the dividers. The second section had an open case with two handles on the side. This entire open case could be removed from the external casing. Also this section could be adjusted with wooden dividers. On the inside of the cover was a metal “packing list holder”. This is seen in almost all German military cases of WW2. With this list, the Waffenmeister could control his stock of spare parts. 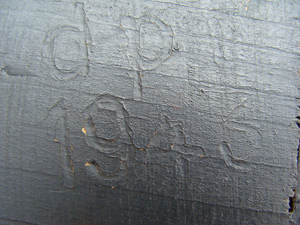 The outside measurements in millimeters are:

This particular box was stamped with a secret code, a Waffenamt (WaA) stamp, an eagle with Swastika and a year. 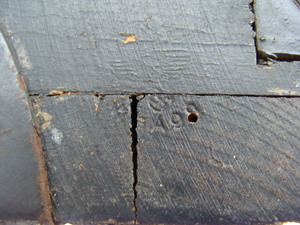 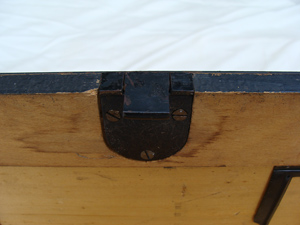 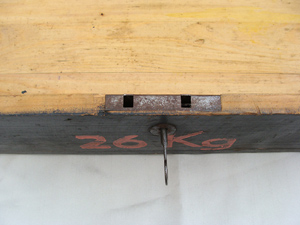 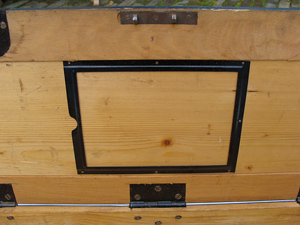 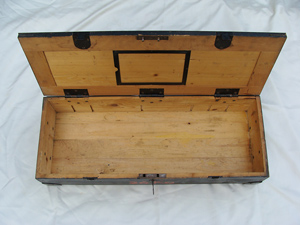 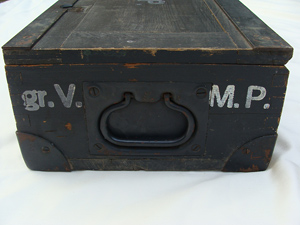 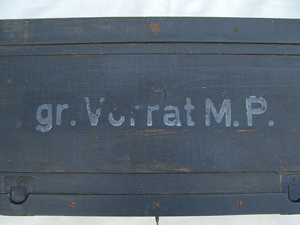 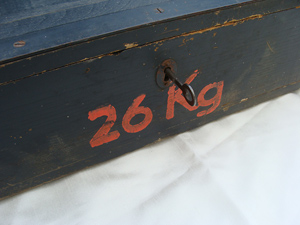 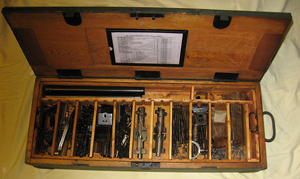 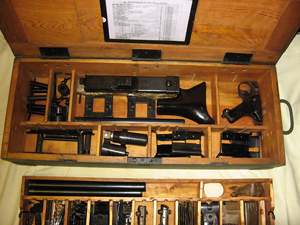 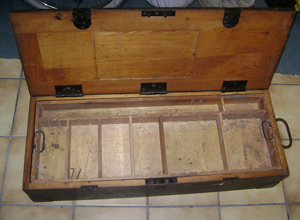 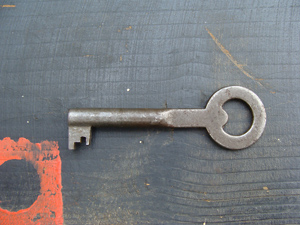 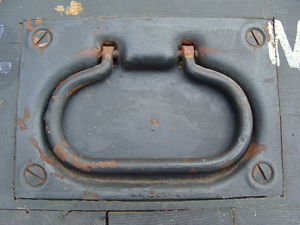 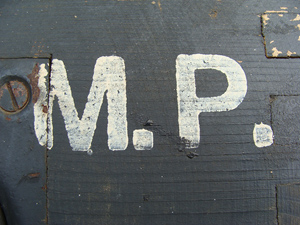